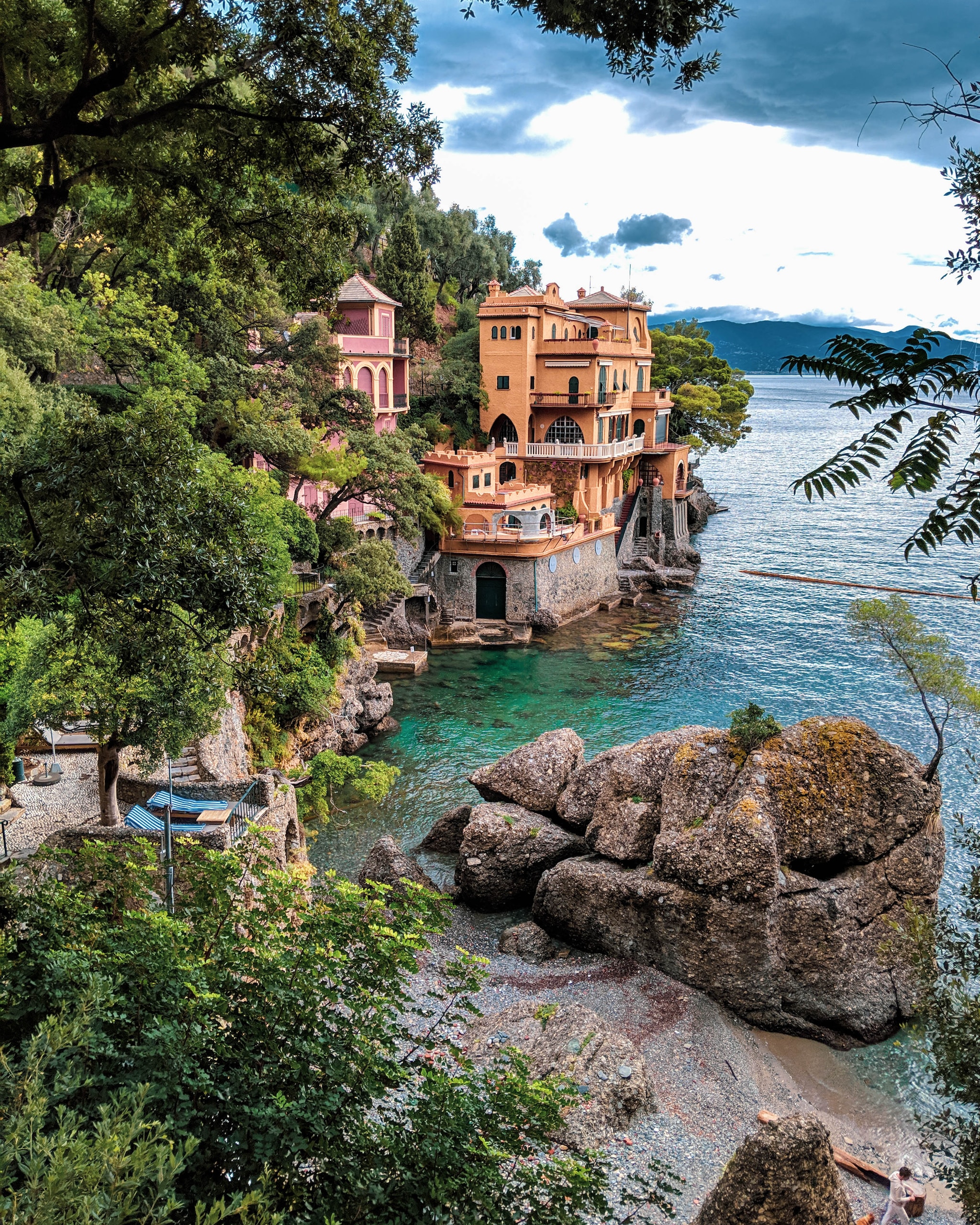 10 things to do and see in Genoa, Italy

Genoa is one of the most attractive destinations in Italy, as it has every thing that Italy is famous for: sea, mountains, food and much more.

As most of you know Italy offers plenty of beautiful places, think about the magic Rome, the romantic Venice, the fashion Milan, and the renaissance Florence.

But there is a little pearl that not everybody knows around the world called Genoa (Genova).

Genoa has nothing less compared to the other cities!

Our guide about what to eat in Genoa, here!

Genoa is an extraordinary city in the north-west region of Italy, between the Ligurian Apennines and the sea. It is also well known with the name “La Superba”, linked to its rich history as a maritime city. Capital of the anonymous maritime republic for 8 centuries, Genoa has been the meeting point of different cultures and people and for this reason source of inspiration for a lot of writers, poets, songwriters, musicians and chefs.

Curiosity: in the Middle ages Genoa was known as Janua which it means “door” in Latin.

Most of the time travelers will favor other locations that surround Genoa (Portofino and Le Cinque Terre – just to mention two), and they just visit Genoa very quickly, without exploring all those fascinating highlights that the city has to offer.

So, here are the top 10 things to do and see in Genoa.

It is the center of the city where the old town was built. It is one of the largest historic centers in Europe which extends from east (Carignano) to West (Genova Piazza Principe Train station) in front of the sea.

It is a really picturesque place to discover on foot. You will be amazed by its characteristic medieval alleys (called “caruggi”), the colors that stand out from the environment, the clothes hung to dry between one building and the other, the voices inside the houses and the small shops.

Moreover, it offers the most beautiful historical buildings of the high nobility, squares, churches, monuments such as the doors of the city (Porta dei Vacca and Porta Soprana) the Christopher Colombo’s house, traditional shops and clubs for the nightlife.

Part of the old town is now part of UNESCO World Heritage Site.

This is the symbol of the city, the evidence of its maritime strength. Back in the days it was built to improve the view for the night navigation but also because it was an efficient defensive system for the city.

It is the highest lighthouse of the Mediterranean (77m) and rises on a hill which is 40 meters high.

No one knows the precise year in which the first lighthouse was erected. The way it was lit changed over time, and it reflected the technological advancements of that particular time of history. First evidence tells us that in 1128 it was lit by the good old wooden system that it then developed into an oil-lamp system, then to a gas lamp, then to a petrol lamp and finally to an electrical lamp in 1936.

For more information you can have a look here.

It is the biggest aquarium in Italy and just the second one in Europe, after the one in Valencia (Spain). It is located in the front of the sea in the Porto Antico area.

It is worth a visit as it is a fun, exiting and educational experience at the same time, perfect for a family day and animal lovers.

The cetacean pavilion has been designed by the famous architect Renzo Piano and it is one of the main pools to see.

You can find more info in their website here.

Nowadays this area is one of the main points of the city, which represents a really strategic point in terms of art, music, tourism, trade fair and entertainment, but before the 1992 it was just a market center of the city. Renzo Piano reconverted the area for the celebration of the 500th anniversary of the discovery of the Americas.

In this area you can find:

One of my favorite places in Genoa is Spianata Castelletto, the best place to have a 360° view of the city, eating the best Sicilian granita in Genoa from Don Paolo Gelateria/ Bakery.

From here you can see all the roof of the old and new town, the middle age towers, the domes of churches, the harbor and in distance the open sea with its big ships.

This is one the wonders of Genoa which should not be missed!

You can reach it through the “Liberty” elevator in Portello square.

This is a classic walk that you can take if you want to visit Genoa.

Starting from Piazza della Vittoria, one of the biggest squares of the town center, it presents a huge triumphal arch, the “Arco della Vittoria”, monument dedicated to the victims of the First World War. In the background a lovely vertical garden shows the Christopher Colombo’s caravels.

Via XX Settembre is the link between Piazza della Vittoria and Piazza De Ferrari. This street is the most popular shop street of the city and its length is about 1km. Passing through the street you will pass under the “Ponte Monumentale”, an imposing marble building inaugurated in 1985.

Moving forward, Piazza De Ferrari is the central point of Genoa presenting a large ornate fountain in the center and a series of fountains on the edges of the square. Surrounding the fountain, you can find the palace of the Doges, the Carlo Felice Theatre and the Ligurian Region Building. From here you have access to the high fashion streets, Via Roma and Via XXV Aprile.

Right next to the square there is Piazza Matteotti where the main access to the Doges Palace is located. You will be in front of an amazing neoclassical building frames by columns and ornaments. The place often hosts very important exhibitions during the year.

The square is used for markets and events most of the times.

Last but not least, from Piazza Matteotti walking through Via S. Lorenzo we arrive to the S. Lorenzo Cathedral, a majestic church influenced by different architectural styles such as Romanesque, Gothic and Renaissance. You will be enchanted by its history and its beauty both from the inside and the outside.

7. Via Garibaldi and “Le strade Nuove”

Via Garibaldi is a tiny little street close to Piazza De Ferrari. It hosts different majestic and historical palaces of the most powerful families of the city who lived between the 16th and 17th century during the Republic of Genoa.

This fabulous street with Via Cairoli, Via Bensa, Via Balbi and Rolli Palace has become a UNESCO World Heritage Site in the 2006 because of its palaces and for the masterpieces that enclose.

Some of them host amazing exhibitions, you can find the “Ecce home” of Caravaggio in the Palazzo Bianco.

The Palazzo Reale is situated in Via Balbi 10, an amazing real palace great for its decorations, staircases, balconies and art collections, a real beauty for the art lover. It has been the location for the movie set of “Grace” with Nicole Kidman as Grace of Monaco.

You can find more info here.

Palazzo dei Rolli is another gem that you can find in Genoa, open just twice a year (May and October) is one of the most spectacular nobles’ residences of the 1500 and 1600. More than 100 houses inside the Rolli complex classified in three categories: the first one for cardinals, princes and vicereal; the second one for feudal lords and governors; the third one for ambassadors.

Palazzo Reale and Palazzo dei Rolli are part of UNESCO World Heritage Site from the 2006.

Corso Italia is one of the most famous roads in Genoa and It is the best place for a walk along the sea. It is long more than 2km and it extends from the neighborhood “Foce” to the seaside village Boccadasse.

The center of city doesn’t offer real beaches but you can find beach clubs along side the promenade Corso Italia and a small beach in Boccadasse, in my opinion an authentic hidden gem for the city.

Boccadasse is a picturesque fishing village with colorful houses all close to each other, a really nice spot where you can admire the beauty of the landscape around you.

From the city center you can easily reach different beautiful places of the Ligurian coast.

Here is a list of 10 locations that you cannot miss.

What are you waiting for? Book your holiday in Genoa and you will be pleasantly surprised.